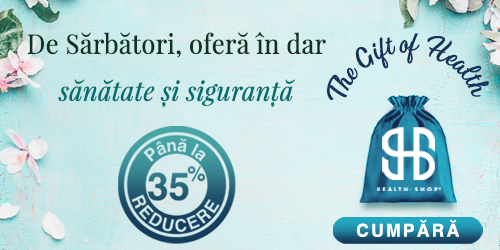 How do Omega 3 fatty acids help you have a healthy heart?


Omega 3 fatty acids are nutrients indispensable to the human body, with an important role in the proper functioning of the nervous system, cardiovascular system, vision, cell regeneration, and beyond. Among the most popular benefits are those on the brain, especially in children and young people, as well as on the health of the heart and blood vessels.

The effects of Omega 3 fatty acids have been studied with interest for the first time in the 1950s, when researchers noticed the multiple health benefits of fish oil. In recent years, more and more specialists have begun to recommend supplements with Omega 3 to patients at high risk for cardiovascular disease or diagnosed with dyslipidemia due to elevated cholesterol levels.

What benefits do Omega 3 fatty acids for the cardiovascular system?

In order to better understand the effects of Omega 3 on the cardiovascular system, we need to know that Omega 3 involves three forms of fatty acids: alpha linoleic acid (ALA), eicosapentanoic acid (EPA) and docohexanoic acid (DHA). Each of these forms has different effects on and are generally studied differently in order to accurately state what effects they have on the human body.

For example, a study published in 2007 attests to the fact that EPA has visible effects on triglycerides. Following the study, there was no effect on blood pressure or total plasma, LDL or HDL cholesterol, but EPA reduced plasma triglycerides. The researchers concluded that those patients would get cardiovascular benefits from increasing EPA consumption. Although specialists' opinions are divided and many doctors recommend Omega 3 with the promise that cholesterol will be reduced, research only demonstrates the effect on triglycerides, which may later influence the overall cholesterol.

Moreover, studies have shown that Omega 3 fatty acids also have beneficial effects in reducing endothelial dysfunction. In patients with this imbalance, the bioavailability of vasodilators is reduced, resulting in vasoconstriction and arterial stiffness. Supplementing with Omega 3 fatty acids improves the condition of the arteries, facilitating blood circulation and reducing the risk of atheroma or thrombus plaque formation.

How to choose Omega 3 of good quality?

In order for the beneficial effects to rise to the expectations, it is important to choose high quality Omega 3 supplements. As the toxicity level due to heavy metal fish contamination is reduced, supplements with omega 3 fatty acids are recommended to be extracted from deep-sea fish, carefully purified. Small fish that live their lives deep in the sea and ocean are exposed for less time and a smaller amount of heavy metals.

Another thing to look at is the Omega 3 concentration of the supplement along with its bioavailability. A low bioavailability supplement will be poorly assimilated by the body, which means that our body will get a much smaller amount of Omega 3 than the one on the package.

Equally important is the formula of Omega 3: UnoCardio X2 is based on a superior formula of r-triglycerides (rTG). Thanks to this innovation, the body will absorb extremely fast and efficient essential fatty acids EPA and DHA. Absorption is up to 70 times higher than in the case of formulations based on ethyl esters (a commonly used method to increase Omega 3 concentration) or triglycerides and free fatty acids.

UnoCardio X2 with a 1300 mg fish oil concentration, including 1200 mg Omega 3, 600 mg EPA and 495 mg DHA, is especially beneficial for patients who need an Omega 3 supplement not only to maintain health, but also to reduce the risk of complications or worsening of chronic conditions. Patients with dyslipidaemia, atherosclerosis, hypertension or fatty liver may therefore benefit from an optimal therapeutic dose of Omega 3 in the blood, due to the r-triglyceride (rTG) formula.

Increased attention is advised to patients who are following blood clotting treatments. In their case, the optimal dose of Omega 3 as established together with the treating physician.